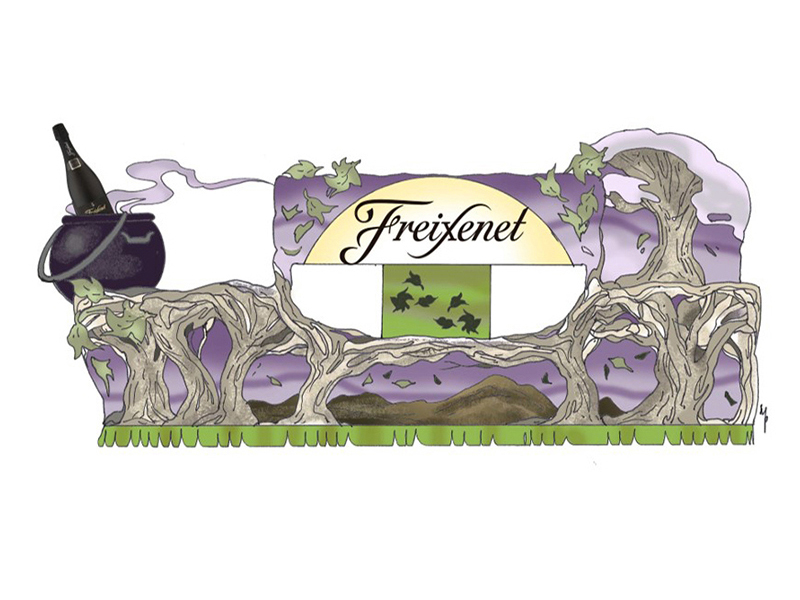 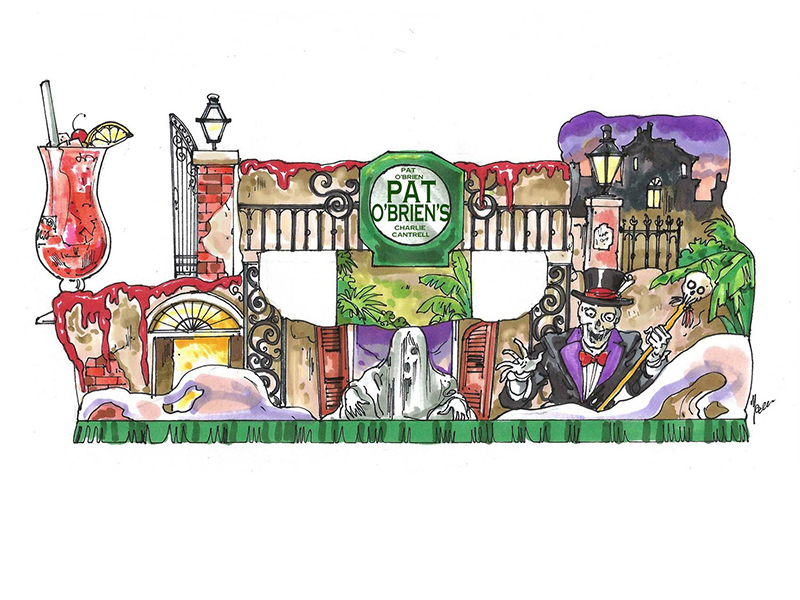 The Kern family has been creating Mardi Gras magic since 1932, and Brian​ Kern, son of legendary Blaine Kern, Sr., became Krewe Captain in 2013 with the parade in its infancy. Over the years, Brian has breathed new life into the parade, growing Krewe of BOO! into a highly anticipated event and a tradition that people both near and far look forward to every year. 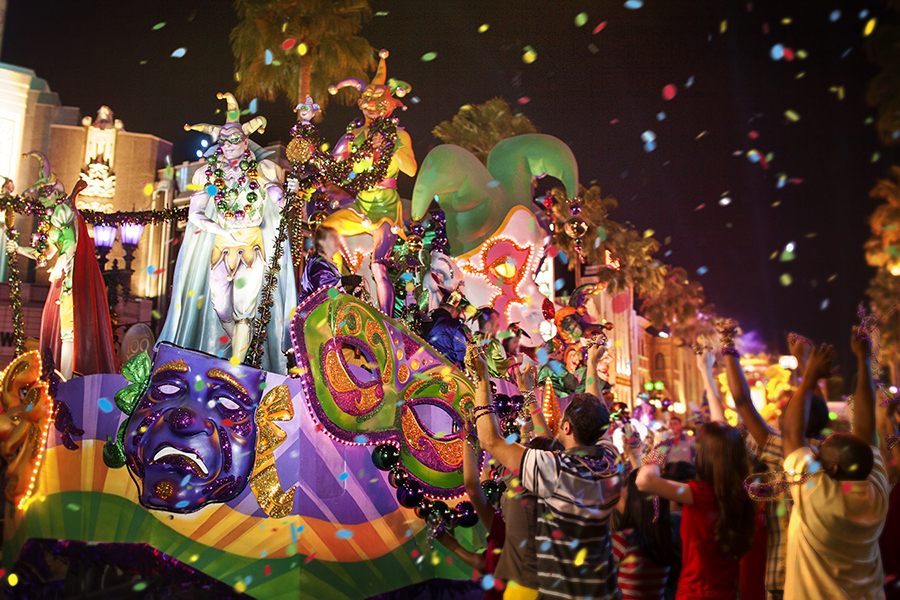 As a child, Brian Kern grew up in the giant float dens, playing hide-and-seek in the warehouses with his brothers and learning the business from his father. Brian became President and worked as Director of Sales for Mardi Gras World for many years, overseeing the expansion of his father's company and managing all aspects of parties, tours, and special events. 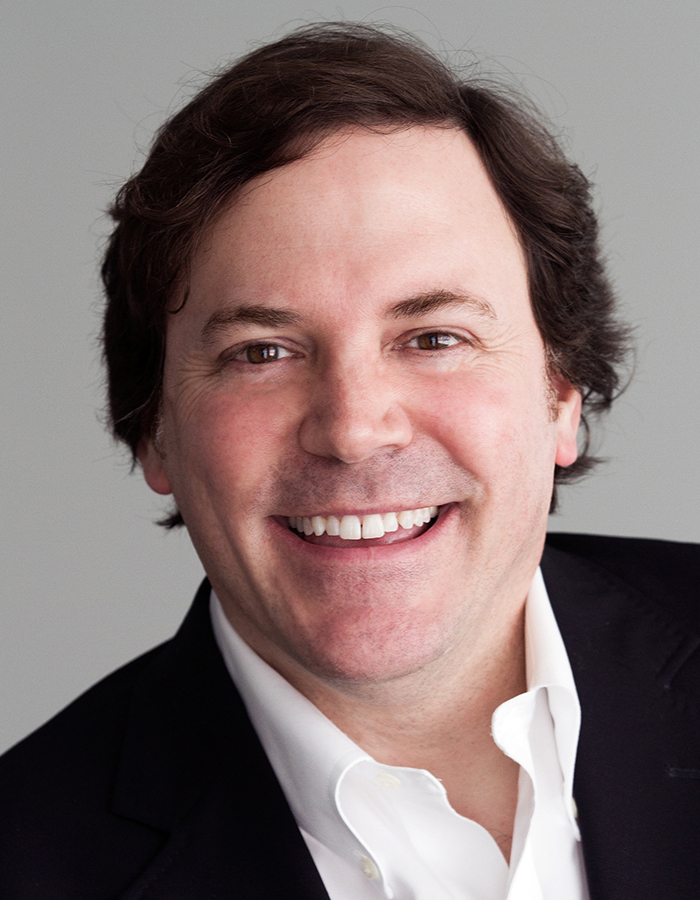 Founded in 2007, the first Krewe of BOO! parade rolled the following year as a fundraiser for Hurricane Katrina relief. It was a success, and after a several years passed with no Halloween parade, New Orleanians felt the absence of this event, therefore it was revived from the dead, brought back by popular demand in 2013.

Krewe of BOO! was originally launched by "Mr. Mardi Gras" himself, Blaine Kern Sr., who is highly celebrated as the mastermind behind the larger-than-life papier-maché floats that have become the face of Mardi Gras since the 1950s. When Krewe of BOO! was resurrected, it was Blaine's son Brian that took the reigns.

With 450 riders, 15 floats, and 35 marching bands and dance krewes, Krewe of BOO! has grown from a single parade into a weekend full of events. Krewe of BOO! is the official Halloween parade of New Orleans. It's no surprise that in a city known for its love of costumes and letting the good times roll, New Orleans is the best place to celebrate Halloween.

The Kern name is synonymous with the art of parades. Whether it's Brian Kern's Krewe of BOO!, Barry Kern's Krewe of Orpheus, or Blaine Kern's Mardi Gras World, the source of this artistry dates back to Blaine's father Roy Kern, a local New Orleans painter who created signs for barges and freighters in the Port of New Orleans during the Great Depression.​

Following in his father's footsteps, Blaine Kern began painting and built the first mule-drawn float on the back of a garbage wagon for the Mardi Gras Krewe of Alla in 1932. From there, Kern Studios was founded in 1947 and Blaine traveled through Europe developing skills to build parade floats with monumental scale and lavish ornamentation.​

The rich history of the Kern family continues with Blaine's son Barry Kern as CEO and President of Kern Studios and Mardi Gras World who has taken leadership of his father's business from a local float-builder to the world's premier entertainment production company. Fitz Kern, Barry's oldest son, has joined to oversee the company's operations and strategic planning.​

As interest grew in the makings of Mardi Gras magic, private tours of Kern Studios were requested by the public and resulted in opening the working studio as a tourist attraction, drawing over 200,000 guests a year with tours showcasing every aspect of the process from prop designing to float painting, from 3D scanning to robotic sculpting.​

The transition of Brian Kern becoming Chief Spookster of Krewe of BOO! seems fitting as he spent his personal and professional years in a world of fantasy brought to life through the artistry of talented Kern artists, sketching creative images and building beautiful props and sculptures that transform into three-dimensional riding floats.​

Brian has made it his mission to build a spooktacular weekend for Krewe of BOO! and its many events, deeming himself the King of Halloween in New Orleans. Just as his father is dubbed "Mr. Mardi Gras," Brian is on his way to becoming "Mr. All Hallow's," the Jack Skellington of New Orleans, the Krewe of Boo's Chief Spookster.​

But his claim to fame, aside from organizing this weekend of spooky festivities, is his innovative solution to the beads waste problem: Locally-made throws that won't leave tons of leftover trash. Beads are still a big throw item, but to reduce the aftermath of trash, Brian has teamed up with the makers of New Orleans-made food items and local collectible objects that parade-goers will want to consume or keep as mementos.

Brian encourages parade-goers to don their favorite, family-friendly Halloween costumes, bring bags to collect throws, and shout "Throw Me Somethin', Monsta!" as they watch the Krewe of BOO! parade pass by.

FROM THE DRAWING BOARD